Cookie preferences
This website uses cookies, which are necessary for the technical operation of the website and are always set. Other cookies, which increase the comfort when using this website, are used for direct advertising or to facilitate interaction with other websites and social networks, are only set with your consent.
Configuration
Technically required
These cookies are necessary for the basic functions of the shop.
"Allow all cookies" cookie
"Decline all cookies" cookie
CSRF token
Cookie preferences
Currency change
Customer-specific caching
Individual prices
PayPal payments
Selected shop
Session
Comfort functions
These cookies are used to make the shopping experience even more appealing, for example for the recognition of the visitor.
Note
Search for packstation/post offce (Bing Maps)
Statistics & Tracking
Affiliate program
Facebook Pixel
Google Analytics
Google Analytics
Google Tag Manager
Microsoft Advertising
Track device being used
Others
svenDASPOPUP
Close filters
Categories
Information

Vegan is not a passing phenomenon. Vegan is a way of life. Vegan supermarkets are growing steadily and manufacturers / brands are tagging their products labeled vegan. Europe is slowly but steadily awakening and living more consciously. Animal life is no longer put behind that of a human being. This attitude is already exemplary and deserves recognition. However, if you want to live entirely vegan, this is not limited to your diet. Many cosmetics contain animal products. In Korean skin care, there are numerous vegan cosmetics alternatives. In Korea, vegan cosmetics are not only free of animal products, but of course cruelty free as well.

Filter
Close filters
1 From 4
No results were found for the filter!
Angebot 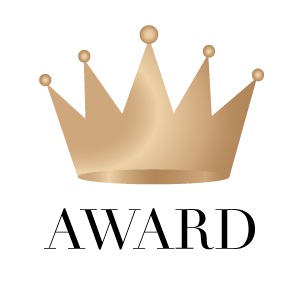 Dear Klairs KLAIRS Gentle Black Sugar Charcoal Soap 100g
KLAIRS’s soap series are made by master craftsmen who have produced soap for more than 20 years. Delicately selected natural ingredients have been matured for long periods of time at a low temperature to create this soap. For your...

Dear Klairs KLAIRS Midnight Blue Calming Cream 60ml
This little blue cream helps to calm and strengthen the barriers of extremely sensitive skin. When used with the “Rich Moist” line, it works rapidly to soothe and regulate irritation from heat or sebum. With herbal ingredients extracted...

€19.00 * €23.90 *
Angebot
Dear Klairs KLAIRS Supple Preparation All-Over Lotion 250ml
Introducing the one product that will take care of all your moisturizing needs. Use freely anywhere on the face and body wherever moisture is needed. The All-Over Lotion is absorbed quickly without the stickiness. It’s usable all...

€20.00 * €27.00 *
Angebot
Dear Klairs Klairs Midnight Blue Youth Activating Drop 20ml
Skin gradually ages and loses elasticity over time. This is a natural phenomenon that can’t be prevented or avoided. However, you can delay the process by replenishing the skin of its collagen & natural elasticity and repairing damage of...

First, the definition of "vegan" must be clarified. The word "vegan" is not a legally protected term. This means that it is not illegal to label products that are not vegan as such. Basically any company can claim their products vegan, also the vegan cosmetics manufacturer. In our definition, a product is only vegan if it not only has no animal ingredients, but is also completely free of animal suffering. Thus, vegan cosmetics must also be absolutely animal-free. This applies within research, development and production. Korean vegan cosmetics can do without animal testing and no animal ingredients. In Korea, the term vegan is not given lightly and is also state-controlled. In Europe, cosmetics manufacturers have not been allowed to carry out any animal experiments since 2013, although it is permissible to add substances that have already been tested on animals. This contradicts our definition of vegan cosmetics.

Korean cosmetics have the reputation to be basically vegan. This as a fact does not apply to all korean skin care products . Korean skin care is not necessarily classified under the category of vegan cosmetics. Here we present you the actual vegan cosmetics products. The brands Pyunkang Yul, Urang and Whamisa, for example, are fully specialized in all-natural herbal ingredients. Furthermore, these brands regularly participate in events and actions for the abolition of animal experiments.

Trusted Shops Reviews Toolkit: 1.1.4
This website uses cookies, which are necessary for the technical operation of the website and are always set. Other cookies, which increase the usability of this website, serve for direct advertising or simplify interaction with other websites and social networks, will only be used with your consent.
Decline Accept all Configure